“A very stupid, a very dull debate”: Werner Herzog weighs in on Kapuściński’s handling of the facts 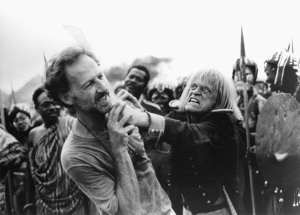 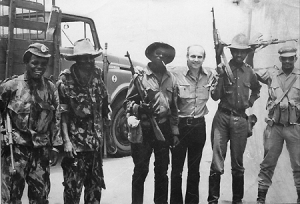 Slate posted an interview with Werner Herzog yesterday in which the German film director’s narrative techniques are compared to those of Polish reportage author Ryszard Kapuściński.

Jacob Weisberg: … of course there are elements of fiction in your nonfiction films.

Werner Herzog: Sure, of course. I stylize, I invent, I do things the accountants of truth would not do. But I’m a storyteller.

J.W.: It’s very apparent in your films, to someone who has seen a lot of them, when there’s a moment of fiction that you’re using for some sort of dramatic purpose. It’s interesting to compare you to Ryszard Kapuściński, the Polish writer. There’s been a lot of debate about his use of fiction in nonfiction work.

W.H.: And it’s a very stupid, a very dull debate, because he’s a great storyteller, and what he does—and I am, by the way, doing a very similar thing—he intensifies truth by invention. By dint of declaration he creates something which gives you a much deeper insight into the truth of, let’s say, Africa or Haile Selassie, the emperor of Ethiopia, and it’s totally legitimate and the debate is very, very silly. Let the accountants be happy with their debate. I’m not going to participate.

This is pretty much the same view that emerged out of the discussions about Kapuściński during the two-day symposium held in October by the Polish Cultural Institute, the NBCC, the New York Institute for the Humanities, and the new Literary Reportage concentration at NYU’s journalism school, among others. Unfortunately, the “very, very silly” ambivalence about Kapuściński in the U.S. continues to have very, very real consequences. And the specific discussion to which Weisberg refers, Morgan Meis’s “idle chatter,” is not only idle but harmful and sad, as Meis does not limit himself to questioning the Polish journalist’s veracity, but assumes that the accusation of Kapuściński’s collaboration with the Polish secret service (an accusation that has been called into question both publicly and in print by recent biographers) can be passed on unproblematically, without any discussion of the complexity involved in every interaction between state intelligence and everyday citizens in the Soviet bloc, or anywhere for that matter. (As Anna Bikont points out, Kapuściński may have sent in reports to the secret service, but a perusal of those reports reveals that he deliberately provided them with useless information.)

Herzog’s comments make one thing clear: there is probably no better litmus test for someone’s sympathies with the “accountants” or the “declarers” (and explorers) of truth than his or her position on Kapuściński (provided, of course, that the person in question has even read him). Why it is Kapuściński who regularly generates such ambivalence in the U.S. and not, say, Bruce Chatwin, is an interesting question. Maybe it has something to do with all those consonants and funny letters.

As for an extended complex and intelligent discussion about the Polish writer’s work, here is the National Book Critics Circle’s post of video coverage of Part III of “After Kapuściński: The Art of Reportage in the 21st Century,” a panel moderated by Robert Boynton and featuring Breyten Breytenbach, Ted Conover, Klara Glowczewska, Wiktor Osiatyński, and David Samuels, which dealt with Kapuściński’s legacy today. 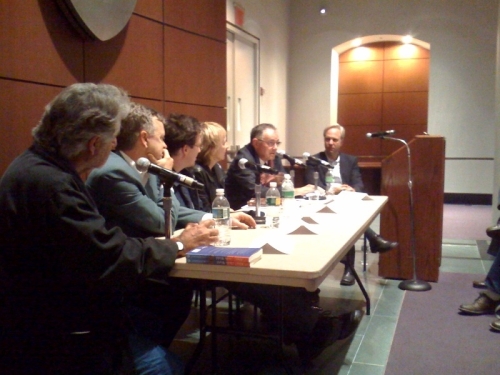 This entry was posted in Uncategorized and tagged After Kapuściński, Literary Reportage, Ryszard Kapuściński, Werner Herzog. Bookmark the permalink.