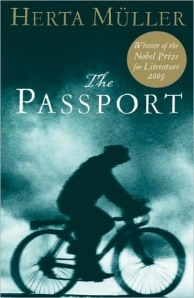 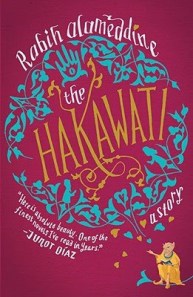 Named for the great Polish-born English-language novelist Joseph Conrad (Józef Konrad Korzeniowski), the festival conceives itself explicitly as a celebration of otherness and of international perspectives. I would guess that a corrective of a certain provincialism is implied as well — the festival is, as far as I know, the first one of this scope to be launched in Poland, and one of its stated missions is to “expose the Polish reader to little-known ways of thinking and sensibilities.”

As cosmopolitan as it is, however, the festival is also distinctly Polish and presents the best of Polish culture. Yesterday’s first event highlighted the genre of literary reportage, which has a particularly illustrious pedigree in Poland. Titled “The Geography of Violence,” the panel was hosted by journalist Olga Stanisławska (author of the reportage Rond-Point de Gaulle) and featured French journalist Jean Hatzfeld (whose book The Antelope’s Strategy was awarded the first Ryszard Kapuściński Award for Literary Reportage earlier this year) and Swedish reportage author Sven Lindqvist. 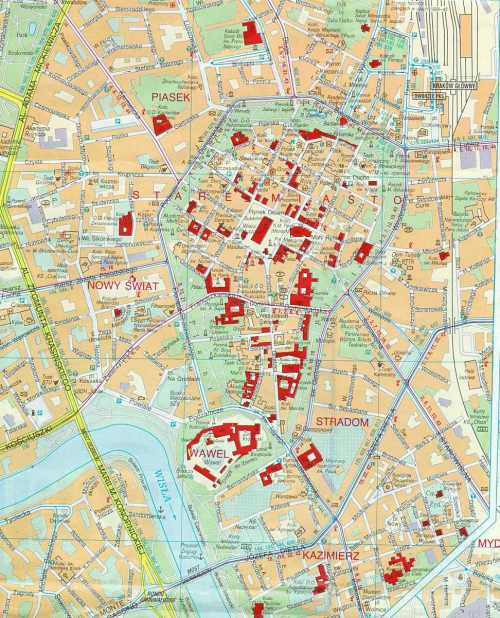 And the festival makes good use of Kraków’s compact urban topography, even as it inscribes a new layer onto the city’s literary-historical palimpsest. Following the reportage panel, which took place at the Solski Theater Academy across from the Jagiellonian University’s main building, there was an opening for the Liberature exhibit a few blocks away at the Wyspiański Pavillion on Plac Wszystkich Świętych. Liberature is an experimental literary/theoretical movement founded by Zenon Fajfer and Katarzyna Bazarnik that considers literature from the standpoint of the book (liber) as the primary unit of the artistic message. Historical examples of “liberary” literature include Mallarmé’s Un coup de des (which was recently re-translated into Polish by the poet Tomasz Różycki incidentally), Raymond Queneau’s Oulipian work Cent Mille Milliards de poèmes, as well as B.S. Johnson’s The Unfortunates (also recently translated into Polish by Bazarnik) and, I imagine, Tom Phillips’s A Humument. The publishing house Korporacja Ha!Art has published a number of Fajfer and Bazarnik’s theoretical writings as well as the Mallarmé and Johnson works just mentioned.

The center of festivities shifted over to Podgórze, on the other side of the river, for the next event of the evening: a concert with the amazing clarinetist Mikołaj Trzaska (who performed with Joe McPhee a few years ago in New York and Chicago following the launch of their CD Intimate Conversations) and the certainly no-less praiseworthy author Andrzej Stasiuk, who was featured at the PEN World Voices Festival in New York last April and who has another book forthcoming with Dalkey Archive Press next year (the story collection Dukla, translated by Bill Johnston). 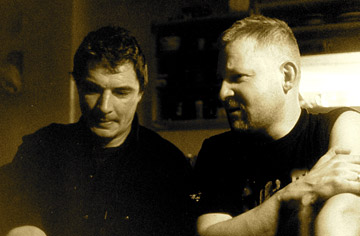 Back on the main square, Klub Pod Baranami hosted the final event of the festival’s first day: Iranian-French graphic novelist Marijane Satrapi presented her 2007 film Persepolis, which follows an Iranian girl as she grows to adulthood against the backdrop of historical events in Iran. And a public discussion with Satrapi and festival co-organizer Grzegorz Jańkowicz is taking place today (probably even as I’m writing this) at the International Culture Centre.

Today’s other events include a reading by Ewa Kuryluk, a discussion with Hungarian novelist László Krasznahorkai and Polish artist Mirosław Balka, a lecture by Walter Benn Michaels, a panel on women’s literature hosted by WAB publisher Beata Stasińska, and a screening tonight of Wojciech Has’s The Saragossa Manuscript, introduced by Rabih Alameddine, the Lebanese-American author whose celebrated novel The Hakawati has just been published in Polish translation by Znak.

The Conrad Festival is one event for which I really wish I could be in Kraków. But here I am in far-off Brooklyn and can only imagine the attendees scuttling across the city from one venue to another, stopping off in Nowa Prowincja for a kawę białą along the way, and no doubt ending up at Dym to continue the conversation over a round (or more) of Okocim or Carlsberg.

One aspect of the festival this year that I would be eager to hear accounts of is the focus on Ingeborg Bachmann and Paul Celan. Their very interesting correspondence was recently published in German (and is now available in English); and the festival features among other things a discussion of Celan’s piece “Conversation in the Mountains” as well as a film screening of Michael Haneke’s first feature film, an adaptation of Bachmann’s story Three Paths to the Lake.

(But since I can’t be there, I gladly welcome comments or accounts from anyone who happens to be reading this and is.)

This entry was posted in Uncategorized. Bookmark the permalink.