Some recent news in Polish literature:

Mariusz Szczygieł’s reportage Gottland (which was written up here in March after it won the Prix AMPHI), has just been awarded the Europe Book Prize. The Prize, which is in its third year, was announced on December 9 and comes with an award of 10,000 euros for each of its two winners. According to euronews, it was founded in honor of former EU Commission President Jacques Delors in order “to promote European values and an understanding of the European Union as a cultural entity.” 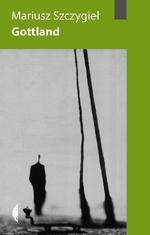 Poems by Piotr Sommer and Andrzej Sosnowski appear in the December 14 issue of The Nation, translated by Christian Hawkey and Rod Mengham, respectively.

On November 28, Northwestern UP released The New Century, a delightful new selection of poetry by Ewa Lipska translated by Robin Davidson and Ewa Elżbieta Nowakowska. (I wrote about Lipska and this book in a March post.) But the good news from Northwestern doesn’t stop there: editor Mike Levine recently acquired a new selection of poems by Julia Hartwig, translated by John and Bogdana Carpenter, which will be coming out in April 2010.

Words without Borders’ December international science fiction issue includes an excerpt from Stanisław Lem’s previously untranslated first novel Man From Mars (1946) along with a great overview of Polish speculative fiction and a novel excerpt (a first publication in English) by the younger author Tomasz Kołodziejczak. The October issue of WWB includes a review of Andrzej Stasiuk’s wonderful Fado.

Copenhagen-based poet Grzegorz Wróblewski, one of the more distinctive voices of the so-called “bruLion generation,” has just published a new chapbook of his poems in English: A Rarity, translated by Agnieszka Pokojska and released in October by Červená Barva press. Here’s eclectica.org’s review of his first full-length book Our Flying Objects, translated by Rod Mengham and others, and an earlier chap, These Extraordinary People. And here’s John Guzlowski’s blogpost on Our Flying Objects, which includes several of Wróblewski’s poems and links to more. It’s great to see so much of his work available now. 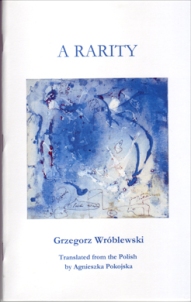 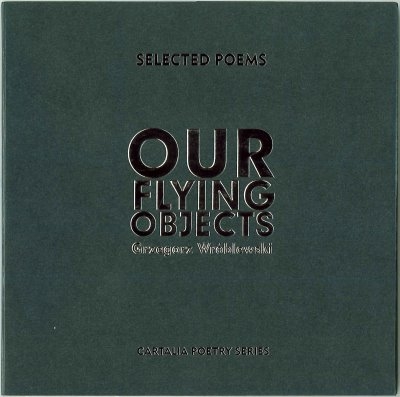 He is also, incidentally, a visual artist.

Yale University Press has announced a March 29, 2010 pub date for an important new collection of stories by Tadeusz Borowski (1922-1951). Here in Our Auschwitz and Other Stories, translated by Madeline Levine, offers “the first authoritative translation of Borowski’s prose fiction, including numerous stories that have never appeared in English before.” Borowski is one of the most important writers of the Holocaust, but for too long was represented in English by a single (crucial) collection of short stories, This Way For the Gas, Ladies and Gentlemen. Northwestern UP brought out a selection of his correspondence two years ago. This new and long-awaited collection of Borowski’s “stark, unsparing and self-tormenting narratives”—as Imre Kertesz described them in his 2007 Nobel Prize lecture—promises to be required reading for a new generation. 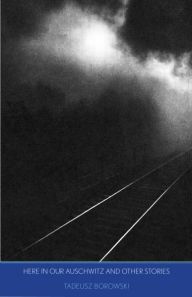 The new film Rewers (The Reverse, 2009), directed by the young Borys Lankosz and written by the novelist Andrzej Bart, won 7 Golden Lions at the Gdynia Film Festival in September and the FIPRESCI Prize for Best European Debut; it has been selected as Poland’s Best Foreign Film submission for the 2010 Academy Awards, and is getting a lot of jubilant press (Variety, cineuropa, The Krakow Post, among others). Bart’s screenplay was recast as a “film novella” and published by W.A.B. just last month. The Book Institute has a write-up about it by Dariusz Nowacki on its website.

For U.S. publishers, Andrzej Bart is definitely a Polish writer to watch. Born in 1951, he published his first book in the early 1980s, but his career as an author didn’t take off until his second book almost a decade later. He has been called “the most mysterious of Polish writers” and likened to Pynchon and Kafka. His popular novels, which are stylistically quite elegant, typically introduce a speculative element into a historical situation. The 2008 The Flypaper Factory, for example, is set in the Łódź Ghetto but revolves around an entirely fictional trial of Ghetto leader Chaim Rumkowski. It won the 2009 Gydnia Literary Prize and was nominated for this year’s NIKE Award, and Reverse director Lankosz has just announced plans for the film adaptation. In terms of his potential for the U.S. publishing market, Bart may very well be Poland’s answer to serious popular foreign authors like Stieg Larsson, Peter Hoeg, or Jostein Gaarder. The Book Institute has more information about him and his books on its website, along with an excerpt from The Flypaper Factory, translated by Antonia Lloyd-Jones. 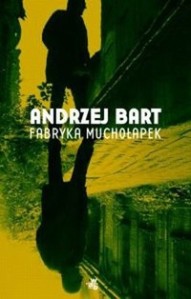